We are revolutionizing the

Continent of Africa; a nation per time. 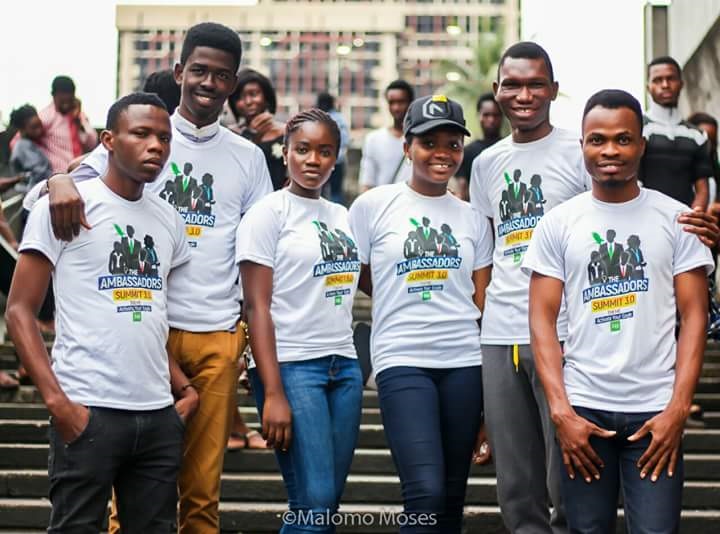 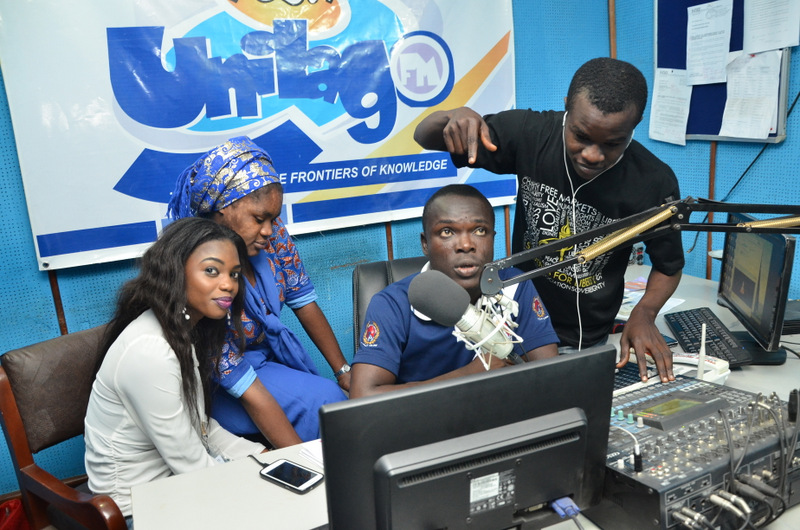 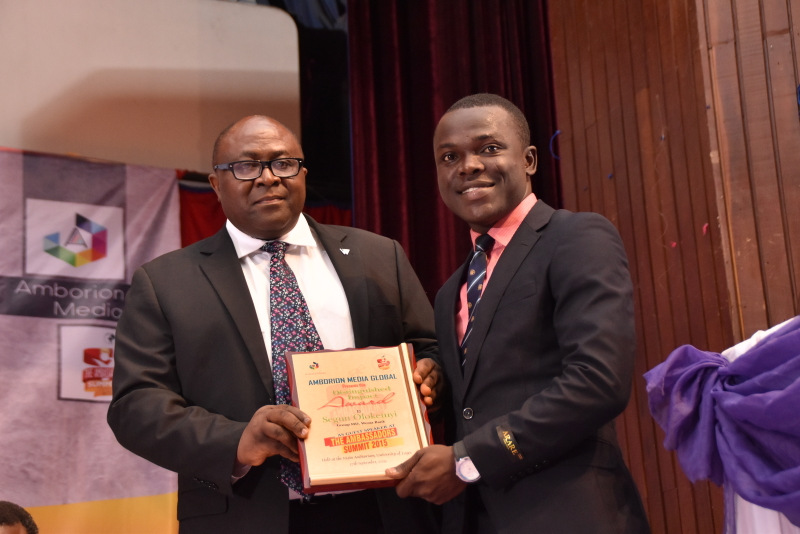 We are a dynamic group of young leaders who are driven by a passion to revolutionize the Continent of Africa; a nation per time. Drawn from all interests of human endeavours such as business, career, governance amongst others, we are a voice of the finest crop of young people who as Ambassadors want to represent an inspired army of young leaders in enterprise, career and governance. In one word, We are ‘Ambassadors’!

As a social enterprise, we run the Ambassadors Radio Show, which is a weekly inspirational interview platform for the celebration of the Nation’s finest success stories. We interview eminently qualified and distinguished role models from all walks of life on radio as they share their grass to grace story with millions of listeners from the airwaves of Nigeria’s first and leading University radio station,Unilag103.1FM, situated in the heart of the University of Lagos, Yaba, Lagos. The show goes live on air on Sundays, 5:15pm to 6:00 (4:15-5:00GMT). Few of the huge list of amazing personalities we have had include the Governor of Lagos, Mr Akinwunmi Ambode, former Presidential Candidate, Prof. Pat Utomi, Group CEO of Wema Bank, Mr Segun Oloketuyi, former Barclays Capital Boss, Peter Goettler and celebrity entertainer Helen Paul amongst others. 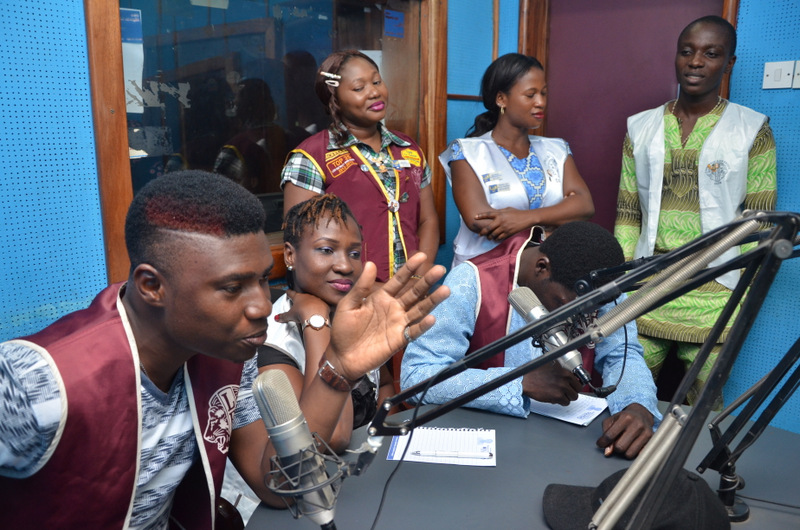 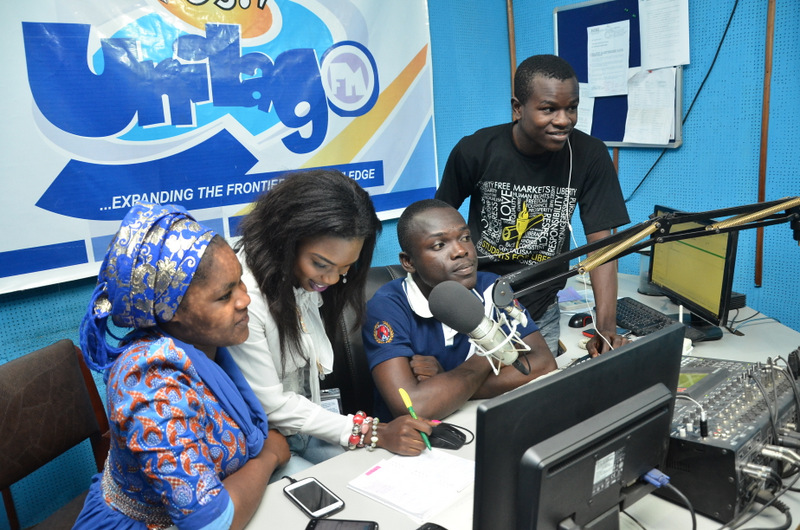 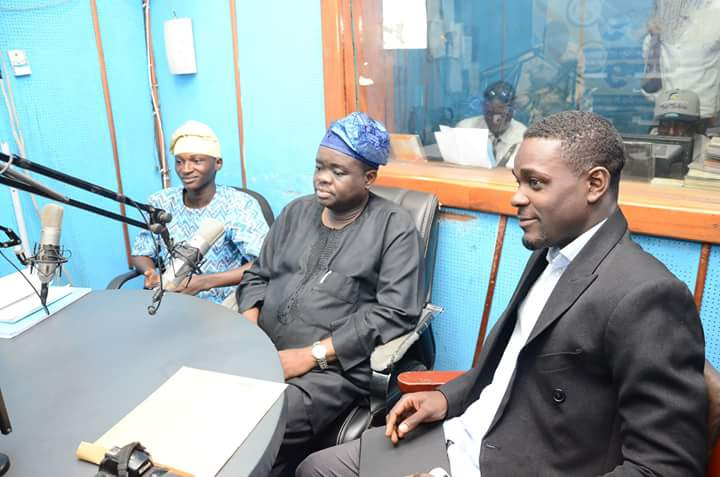 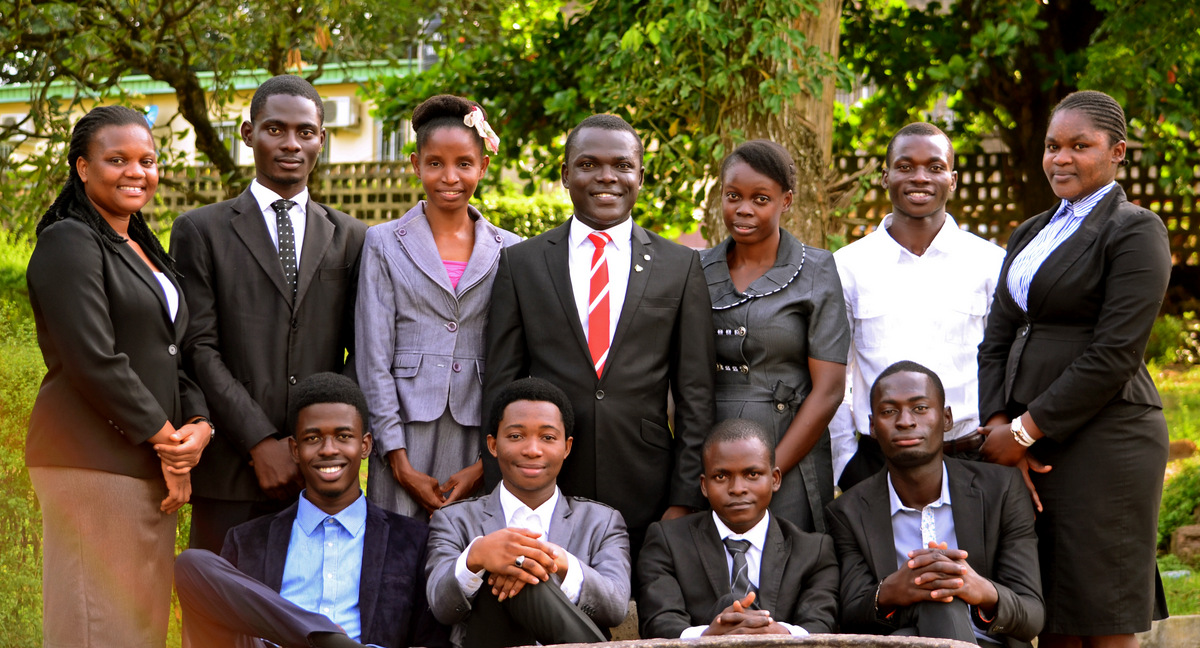 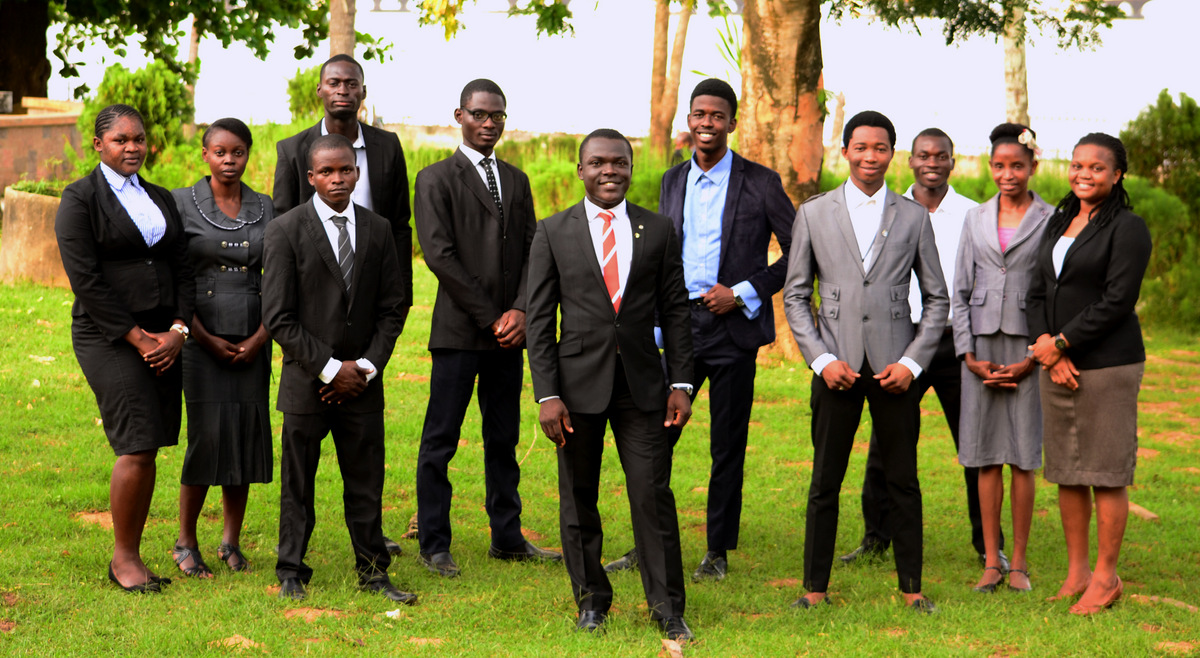 We are a dynamic group of young leaders who are driven by a passion to revolutionize the Continent of Africa; a nation per time. Drawn from all interests of human endeavours such as business, career, governance amongst others, we are a voice of the finest crop of young people who as Ambassadors want to represent an inspired army of young leaders in enterprise, career and governance. In one word, We are ‘Ambassadors’! 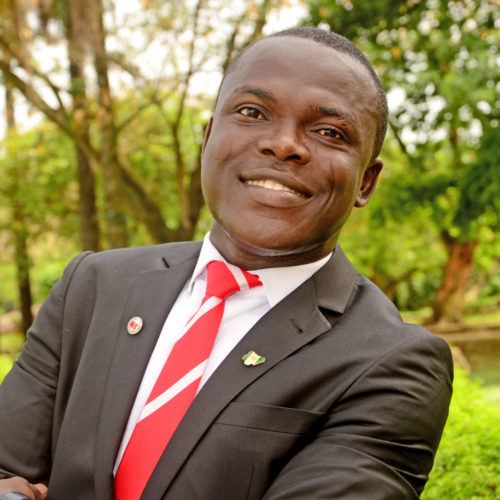 Named one of the top Ten Most Outstanding young leaders in Nigeria in 2015 and the Under30 Achievers On-Air-Personality of the year in 2015, Prince Joshua is the founder and Executive Director of the Ambassadors Youth Social Enterprise Group. He founded the Radio Show in October 2013 and the Ambassadors Summit in 2014. By dint of divine benevolence and personal efforts, Prince Joshua, the son of a late taxi driver father and of huge disadvantaged background, has gone to be a global award-winning young leader from Africa with recognitions from organizations in Nigeria, West Africa and the United States. He is an Associate Fellow of the Royal Commonwealth Society, United Kingdom, a Ford Foundation Prize Nominee and the Winner of the Global Student Entrepreneur Award in Nigeria and in Washington DC, USA.

He has been featured exclusively on choice media platforms as the Voice of America TV in Washington DC, Channels TV, TVC, Wazobia TV, Wazobia FM, Nigeria Info FM, Punch Newspaper amongst others in Nigeria. An author and youth advocate, he attended the University of Lagos, Akoka, the Business School Netherlands-Nigeria and Jolley University, USA. He is happily married to Mrs Grace Oyeniyi another intellectual egghead and First Class Graduate from the University of Lagos. He is the Host of The Ambassadors Radio Show. 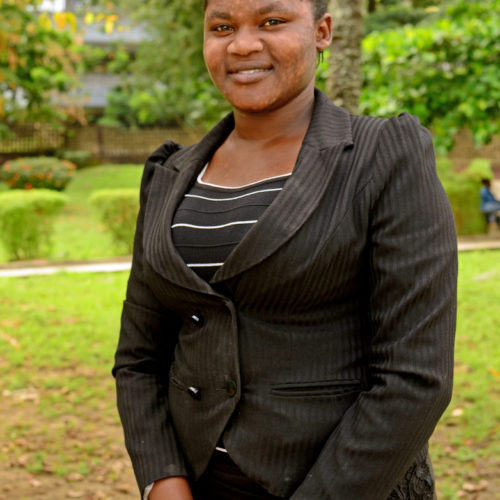 Fondly called MD on the Show, she is a graduate of Mass Communication from the Moshood Abiola Polytechnic, Ogun State and also from the National Open University of Nigeria (2017). She currently works as an administrative assistant in Access Bank Plc. She served as a judicial/Crime reporter at the Leadership Newspapers and is the host of The Multi-Woman Show on YouTube, where she interviews godly women thriving in business, career, marriage and purpose. She is a speaker, content developer, writer and singer. She is a member of the YALI Network, LightHouse Toastmasters Club, AccessBank Women Network, Contributor on the Konkere Extension show on Unilag Radio and co-presenter on the These Times Show in Blackface Radio. She is a Child of GOD and an addicted worshipper. 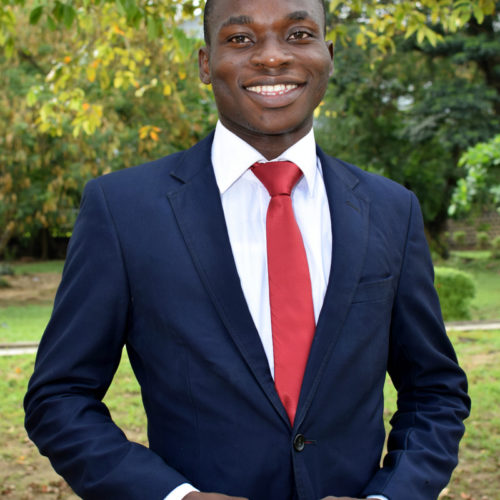 Damola comes across an unassuming fellow but beneath that cloak is a bundle of amazing attributes. A graduate of the Redeemer’s University Nigeria, where he bagged a degree in Psychology and is looking at a Masters degree in no distant future. He has volunteered for Amborion Media Global and currently a media crew member of the Ambassadors Radio Show. He looks on with great aspirations of building world class business and organizations that would outlive him. A people-passionate fellow, a music enthusiast, and a young Nigerian emerging leader to watch out for in the greater scheme of things in Nigeria and Africa in the very near future. He is a two-time distinction certificate holder from the renown WOFBI, a faith-based Institute in Lagos, Nigeria. Meet Ambassador Adedamola Adesola Alade who believes that ‘everything is doable’ and that ‘impossibility exists nowhere except in the dictionary’. 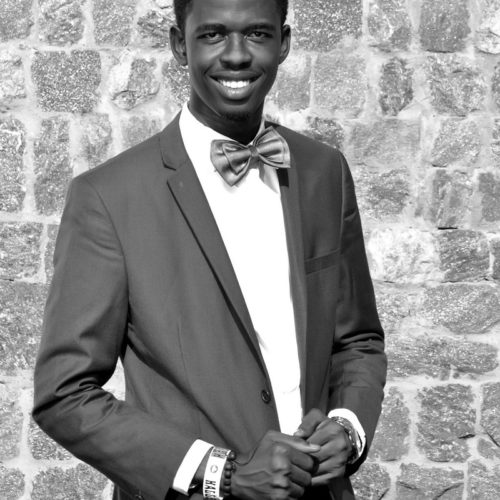 An undergraduate of the University of Lagos, media consultant and PR expert, he has years of experience as presenter on UnilagFM, KissFM, Digits Online Radio,BCP Radio and UnibenFM. As a student union leader, he is the President of the National Association of Edo State Student and a writer for Sahara Reporters, The Sun Newspaper whiles running a consortium of Campus blogs. He loves playing musical instruments, listening to music and writing. Emmanuel is the CEO of Brainbox Nigeria, a media consultancy firm and prides himself as the favourite ‘son of God’. 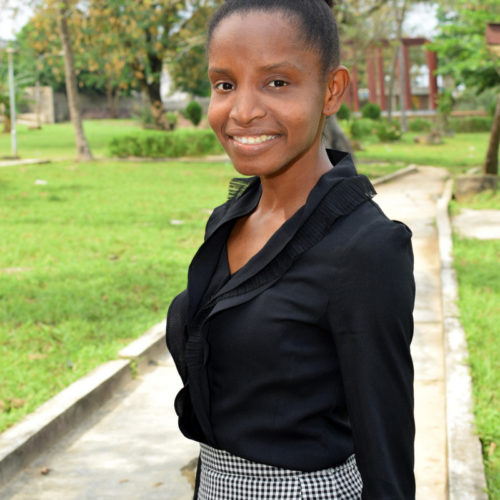 She is an Ambassador of Nigeria, writer, blogger and a freelance journalist.
A proactive and vibrant young woman who was formerly a product consultant at Samsung West Africa. She is presently with The Ambassadors Radio Show at UnilagFM 103.1 and a newscaster for Team 75 RCCG Partners. 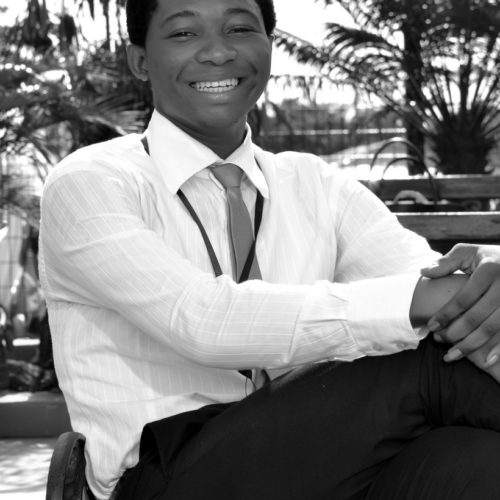 Emetu Kalu (Cosmic Macduff)
is a B.Sc Holder in political science. A certified member of the Chartered Institute of Public Management of Nigeria(GCPM), a certified Master Life Coach(M.L.C) from school of American Union Of Neuro-Linguistic Programming(NLP), a certified Ambassador g Millennium Development Goals(MDG's), a Health Safety and Environment Certified personnel jfrom Envirofly UK, a Human Resource Management Certified- Envirofly UK, a Project Manager, a Consultant, a Counselor, Author, Public/ Motivational Speaker, a Political activist, Career development personnel and a Rational Thinker.
He is a Licensed Marriage and Family Therapist who specializes in helping couples transform painful relationships to blissful ones. For many years, he has had the honour of facilitating the most exhilarating transformations in couples with whom he has worked as they've learned how to recreate their relationships based on open communication, love, trust, intimacy and respect. He has a burning passion to see the rehabilitation of his generation, his nation and his continent. 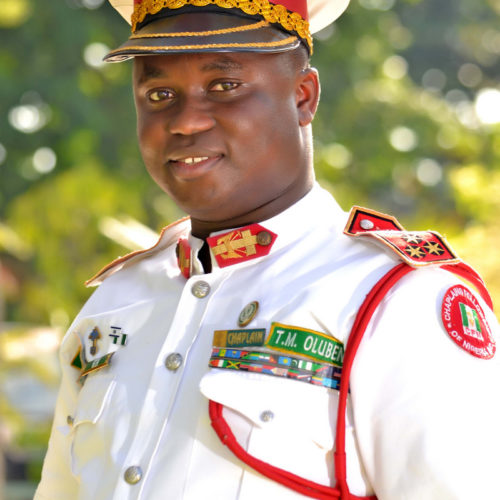 A 3rd Grand commander General of the Chaplain fellowship of Nigeria INT'L is also an Educational Consultant in Guidance and Counseling with both national &international licence to operate within all governments institutions, military & paramilitary offices. He is a visionary leader, Revolutionist , Revivalist and a Missionary. He is a Youth Enthusiast with a dual ideology to raise Spiritual and intellectual Golden Eagles that will rise to take over the Seven Mountains of societal influence. The founder and President of the Crusaders International Army(CIA) VISION 1930 & Y-EAGLE C CONGRESS. A member of National Intercession for Nigeria (NIN), CFN, GTI HCMA, and RCN, PFN, CAN. With a dynamic prophetic calling to unite the body of Christ & spark up end time Revival Fire leading Nigeria into the fulfillment of her National Glorious Destiny -THE TRUE GIANT OF AFRICA. 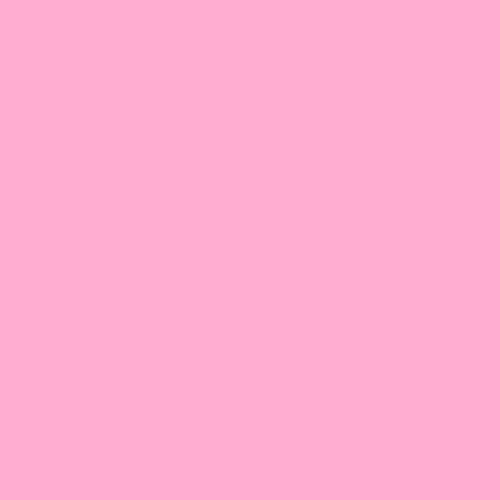 Grace Tolulope Oyeniyi is a 2017 Associate Fellow of the Royal Commonwealth
Society, United Kingdom. A 2015 AIESEC Global Intern awardee at Indore, India, a
consummate educator, speaker, diction-enthusiast and an academic-par-excellence.
She graduated with First Class honours from the University of Lagos and doubled as
the best graduate student of the department. She was awarded as one of the best
public speakers at the University of Lagos. Grace has headed many educational and
leadership positions and volunteered with F.A.B.E, RedCross, Unilag Press Club and
AIESEC Global at different times during her undergraduate days. She is a winner of
numerous awards at the University, national and international levels and inspires
many young people to reach for great heights. She has had brief stints with Jumia
Nigeria and Dowen College Lagos. She is happily married to Ambassador Prince
Joshua Oyeniyi and resides in Lagos with her family.